The brief was for a pair of duplexes for “down-sizing empty-nesters”. It had to fit on a relatively small site in a steep rocky setting with access issues and exploit water views to the north. It was situated adjacent a view corridor with many neighbouring properties overlooking. We were also required to retain a large native tree at the south end of the site and create the appearance of a single dwelling with a shared entry point.

The unit on the north end allowed for a large balcony, fully embracing the water view. However, it was exposed and so screened for privacy with vertical battens that turn around the curved edge. Other design elements included high banks of glass louvre windows for cross ventilation, casual living areas at ground level opening up to combine with the covered patios adjacent and connect with the green spaces beyond. Also two banks of vertical gardens at the entry and a large array of PV panels on the roof.

The unit on the south “peeks” past the other to get the view. It incorporates a hi-lite or cupola roof, increasing light, ventilation and sense of space. Stone is incorporated into the facade, picking up on the sandstone retaining wall on the east boundary. The first floor balcony is large with extensive planters boxes.

Ultimately, this scheme is about connection with this limited site to private spaces at ground level and light and views to the north,while filtering overlooking from multiple neighbours for privacy. Bulk, scale and finishes were considered to allow the building to be a good neighbour and a positive addition to the street. 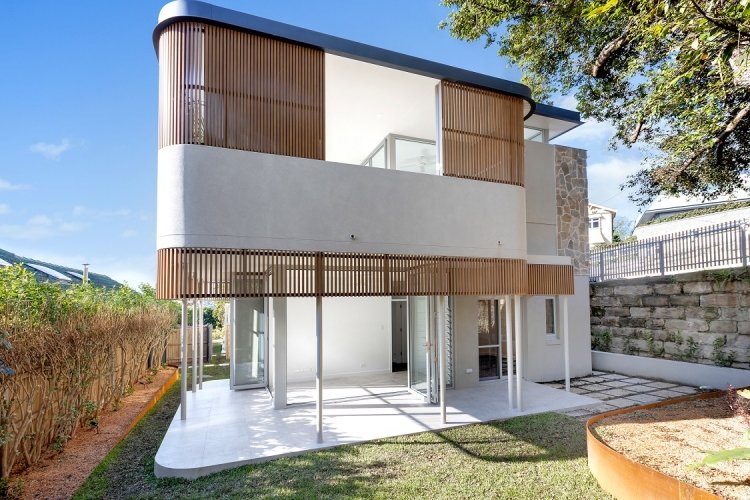 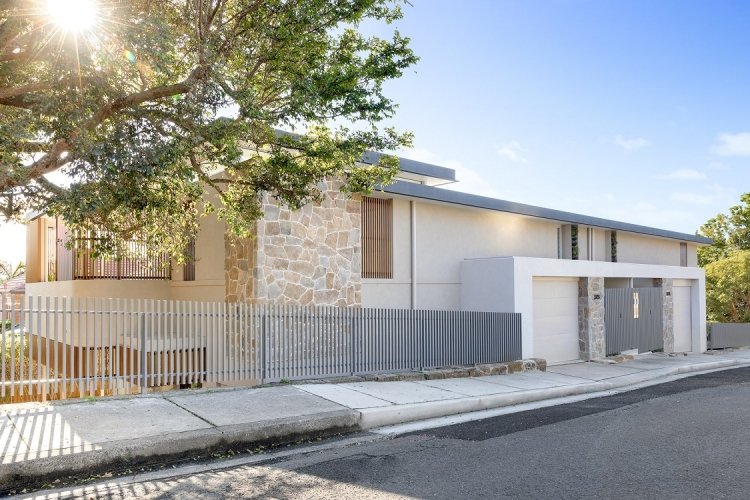 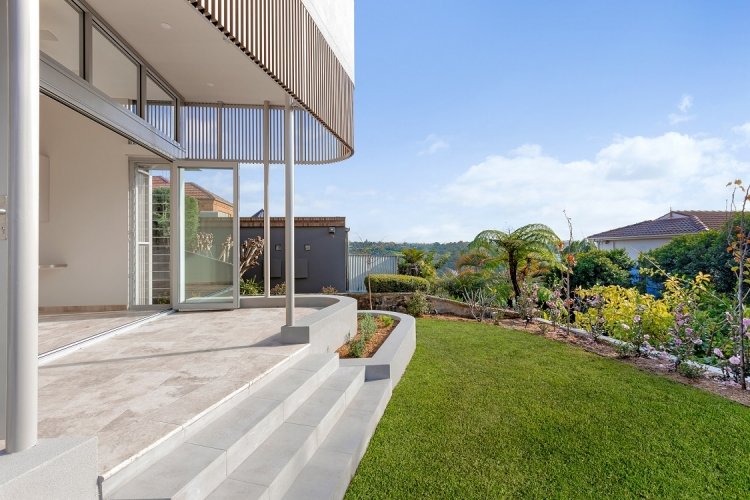 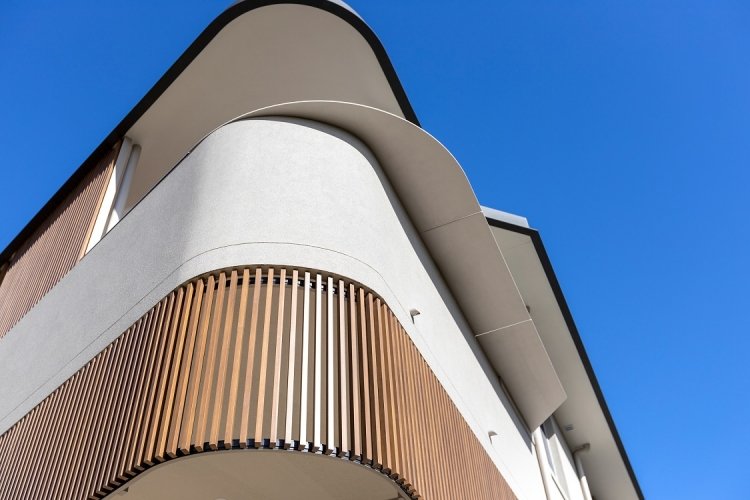 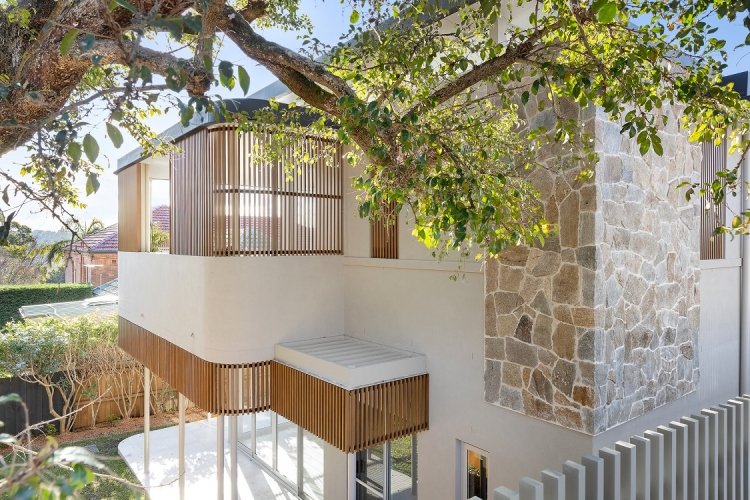 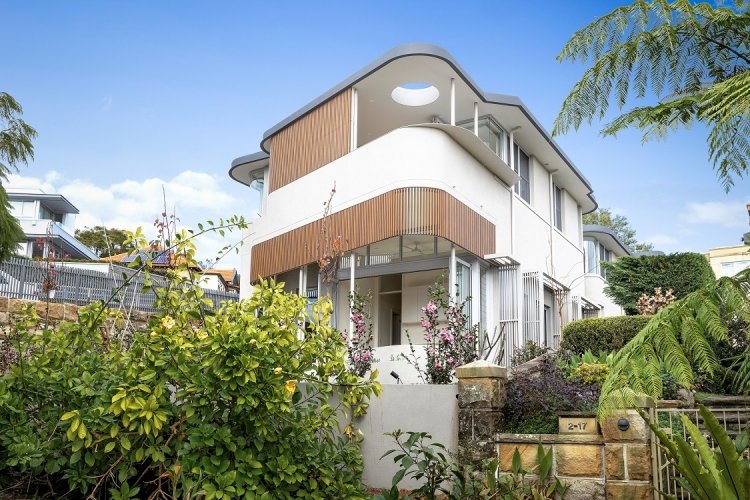 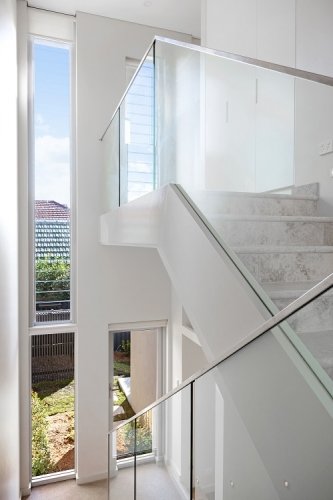 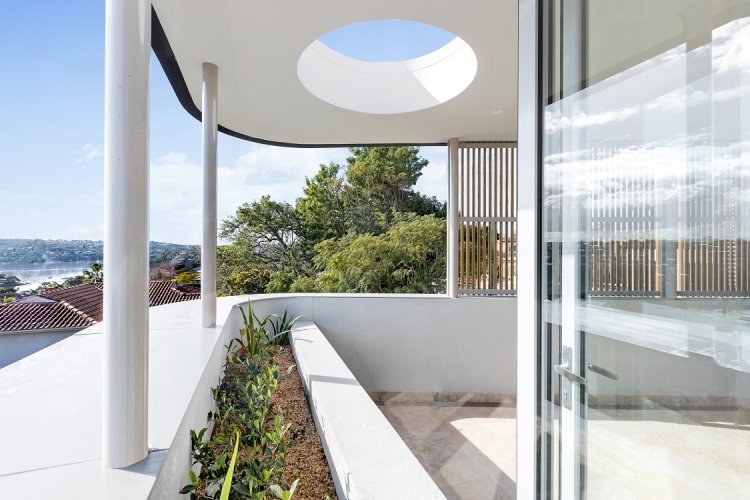 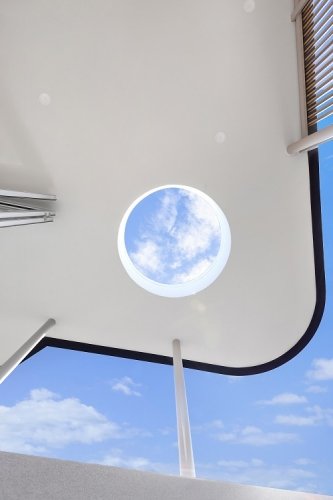