A 1930’s house in original condition will become the “forever” home of a family with two adult children.
Internally it is dark and not particularly large. The site slopes toward the rear on the east and is generous with a magnificent palm tree close to the house. Being keen gardeners, the mum and dad wanted a solution that embraced the tree and connected to the garden they wanted to create. Dad wanted a lap pool and Mum wanted a quite “bower” at the end of the garden. Both wanted a large deck for outdoor entertaining. A large new wing at the rear exploits the fall in the site to create a a lower-ground level and a cathedral-like space for the new casual living area, overlooking the pool adjacent. A new second storey encompasses a master suite and two bedrooms, both with ensuite bathrooms, with distant water views to the rear. A generous central stair and elevator connects all three levels. Externally, they wanted a traditional character with a Hamptons/”coastal cottage” feel. We drew upon the Arts-and-Crafts style mansions found on the harbour side of the area to create a hybrid late 19th/early 20th century grand residence. Construction commenced in May 2021 on an owner /builder basis. 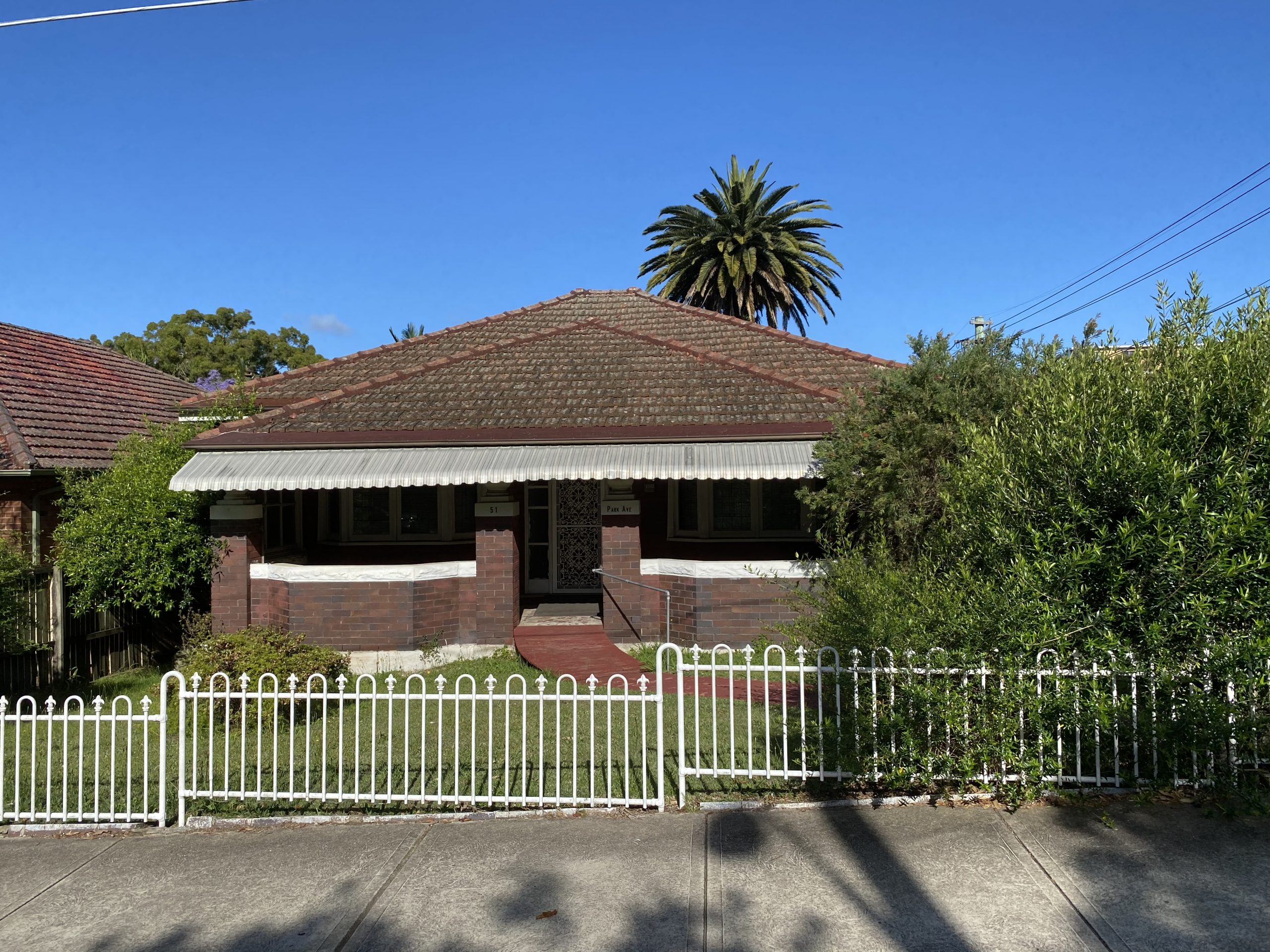 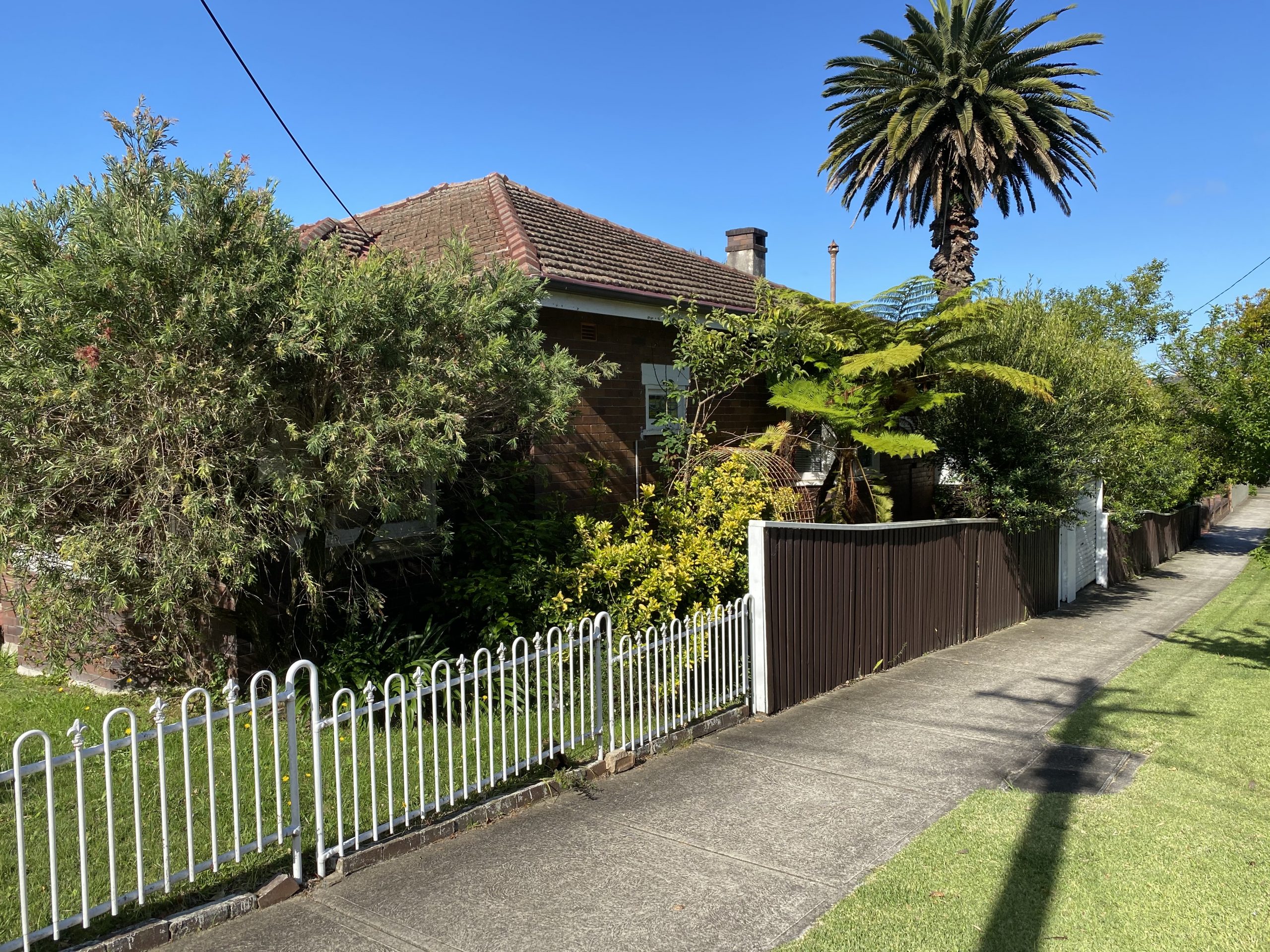 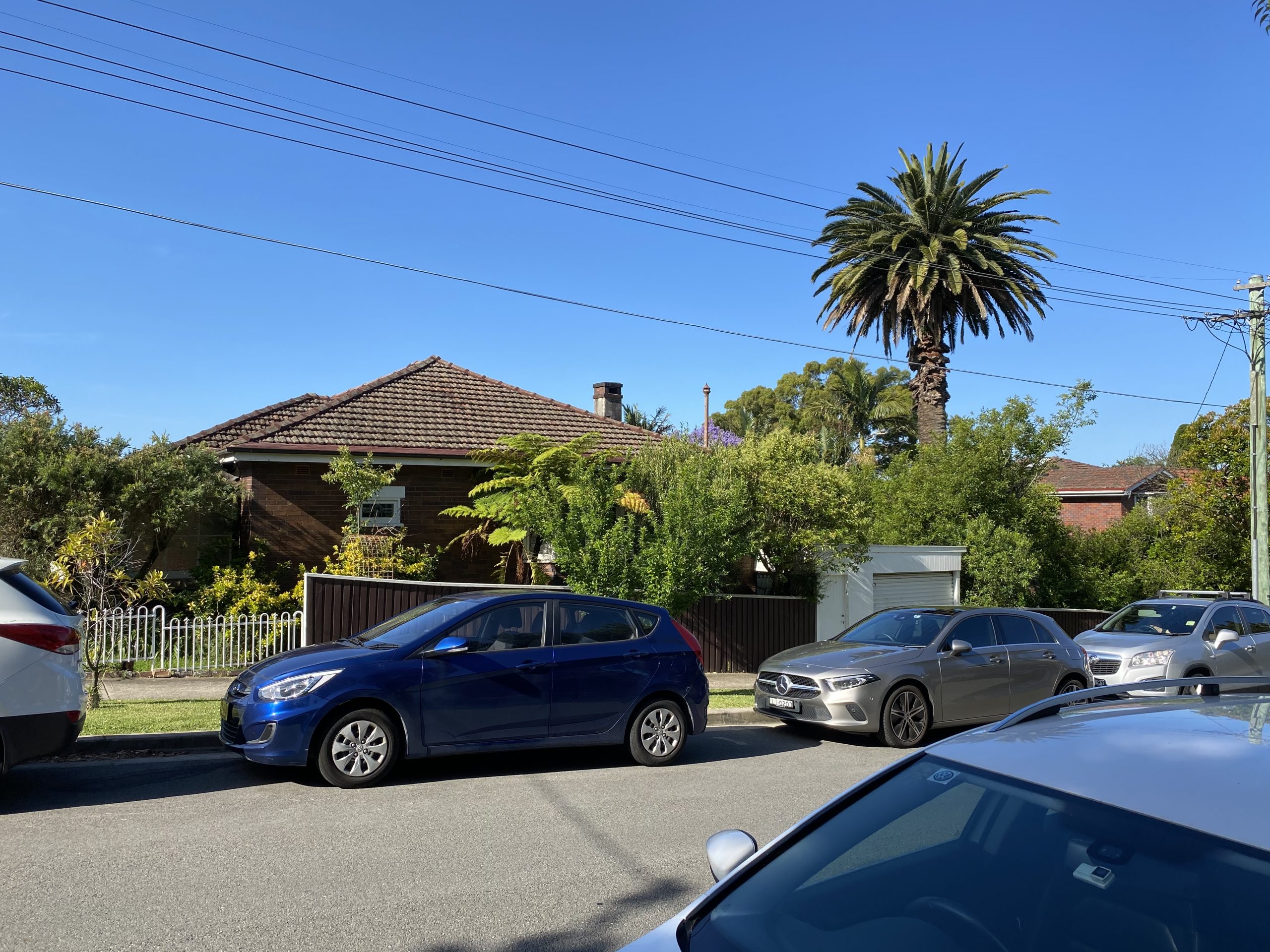 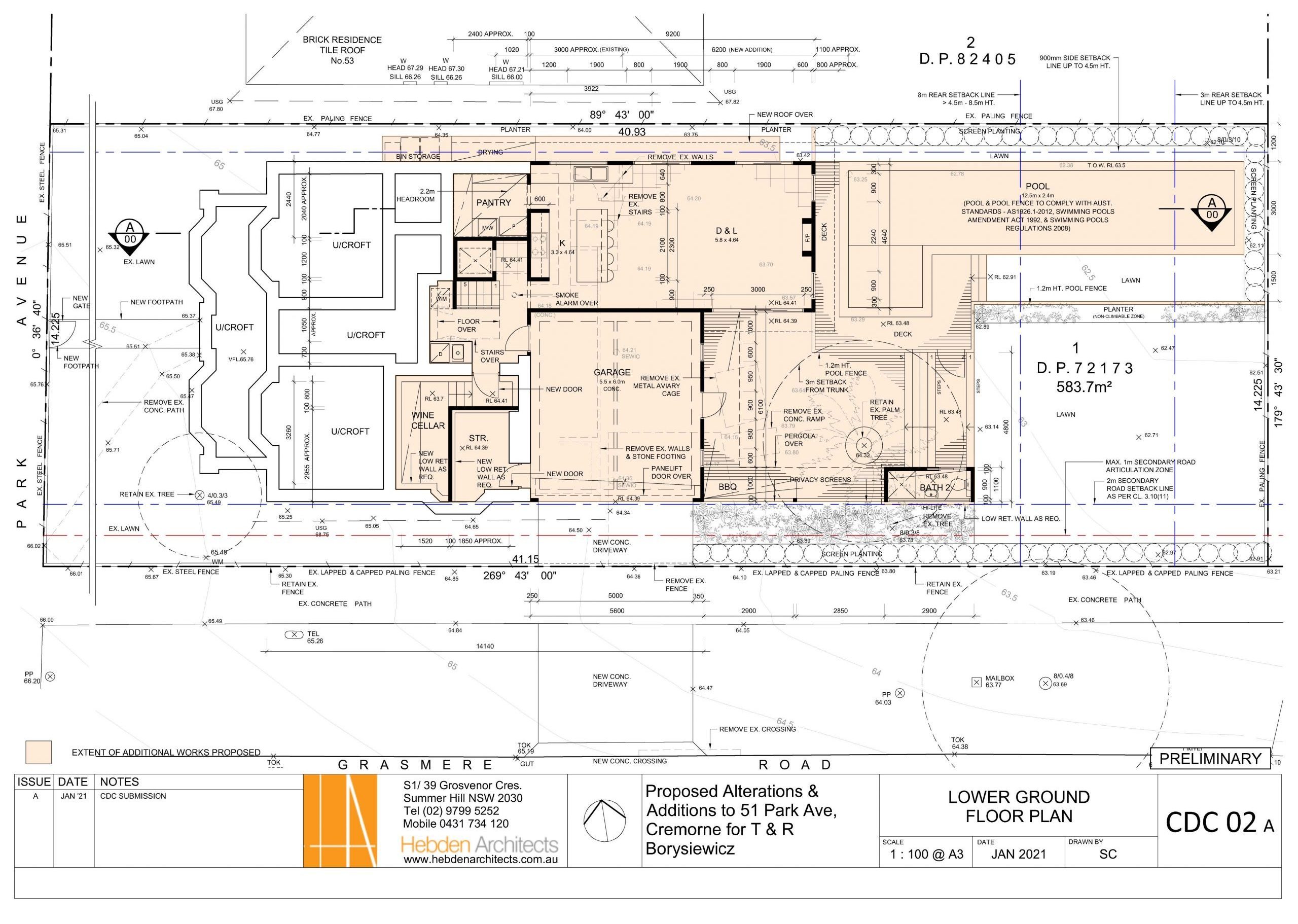 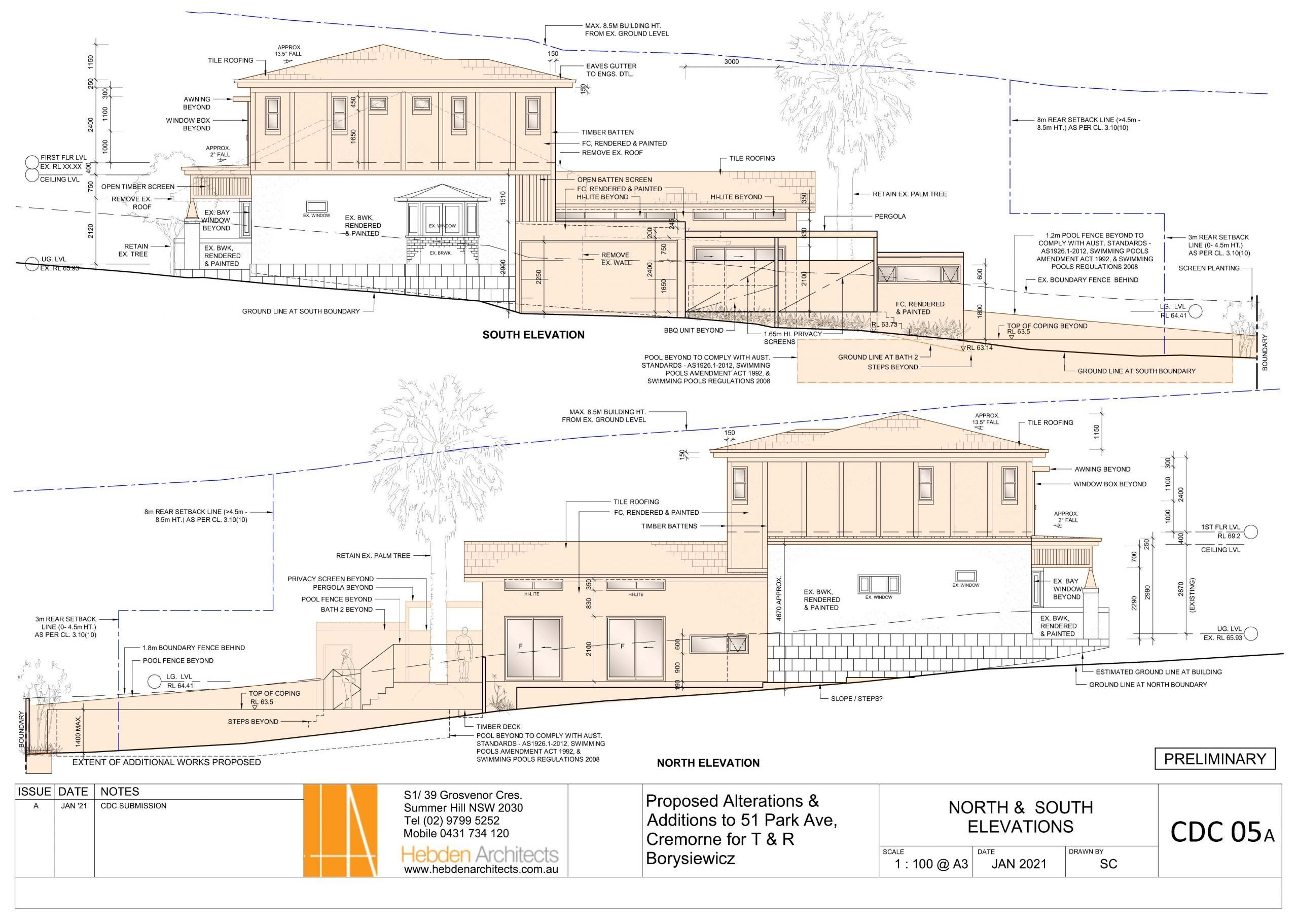