A builder/developer client had a steep site sloping to a creek. It was in a flood zone and had a stand of remnant trees along it’s banks. The owner wanted to maximise the living area for himself and his family plus provide rental income from the other unit. The slope and council height restrictions meant
a split level design was the most viable option, at least for the ground level. Extra tall ceilings there meant the upper level had less steps but, essentially the concept came down to a series of vertical planes stepping down the site. This created the appearance of a floating upper level at the front, anchored to the site by the “monolith” of the stair well behind, emphasised by the negative space of the courtyard beyond. This connects the building to the site on the north, allows controlled natural light into the lower levels in mid-winter and blurs the lines between inside and out. Council required extensive stormwater measures due to the nature of the site aswell as environmental reports regarding the impact on the stand of old growth forest. Approval was granted after six months and construction is pending. 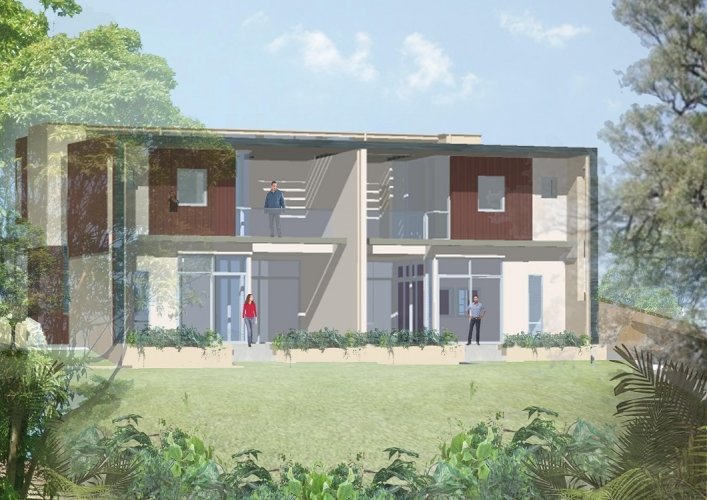 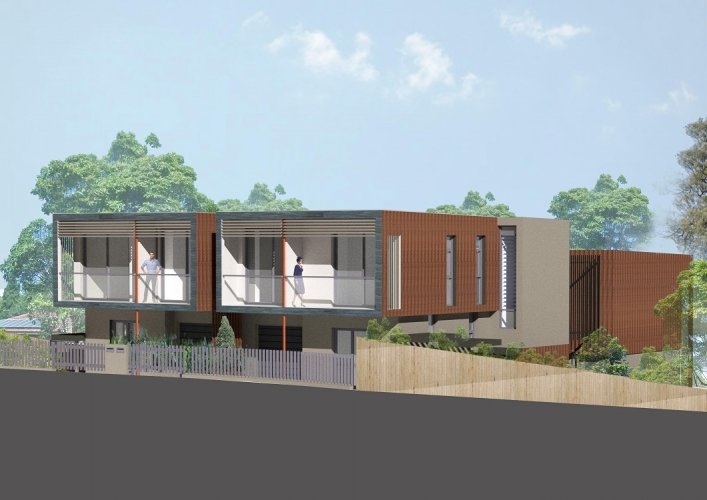 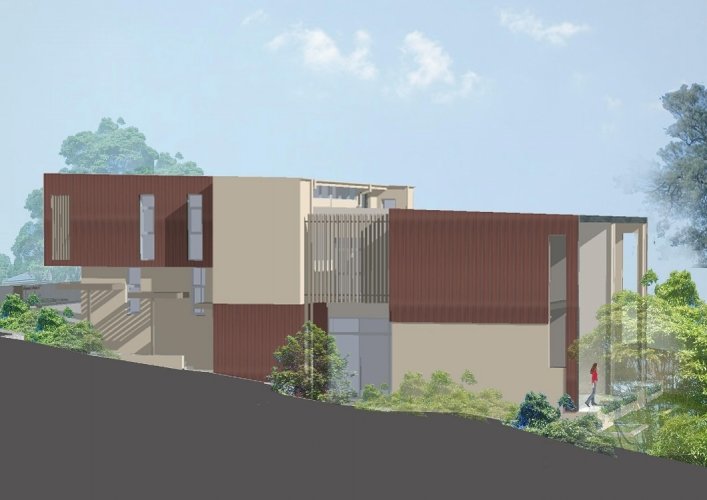 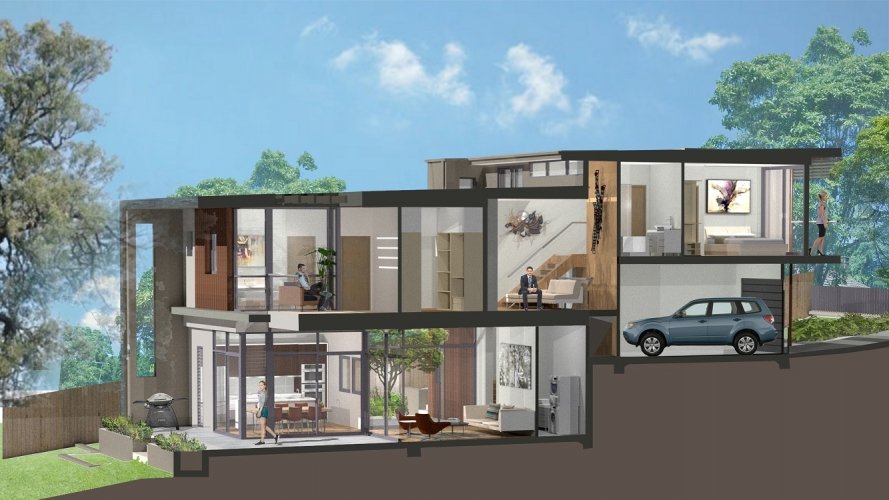 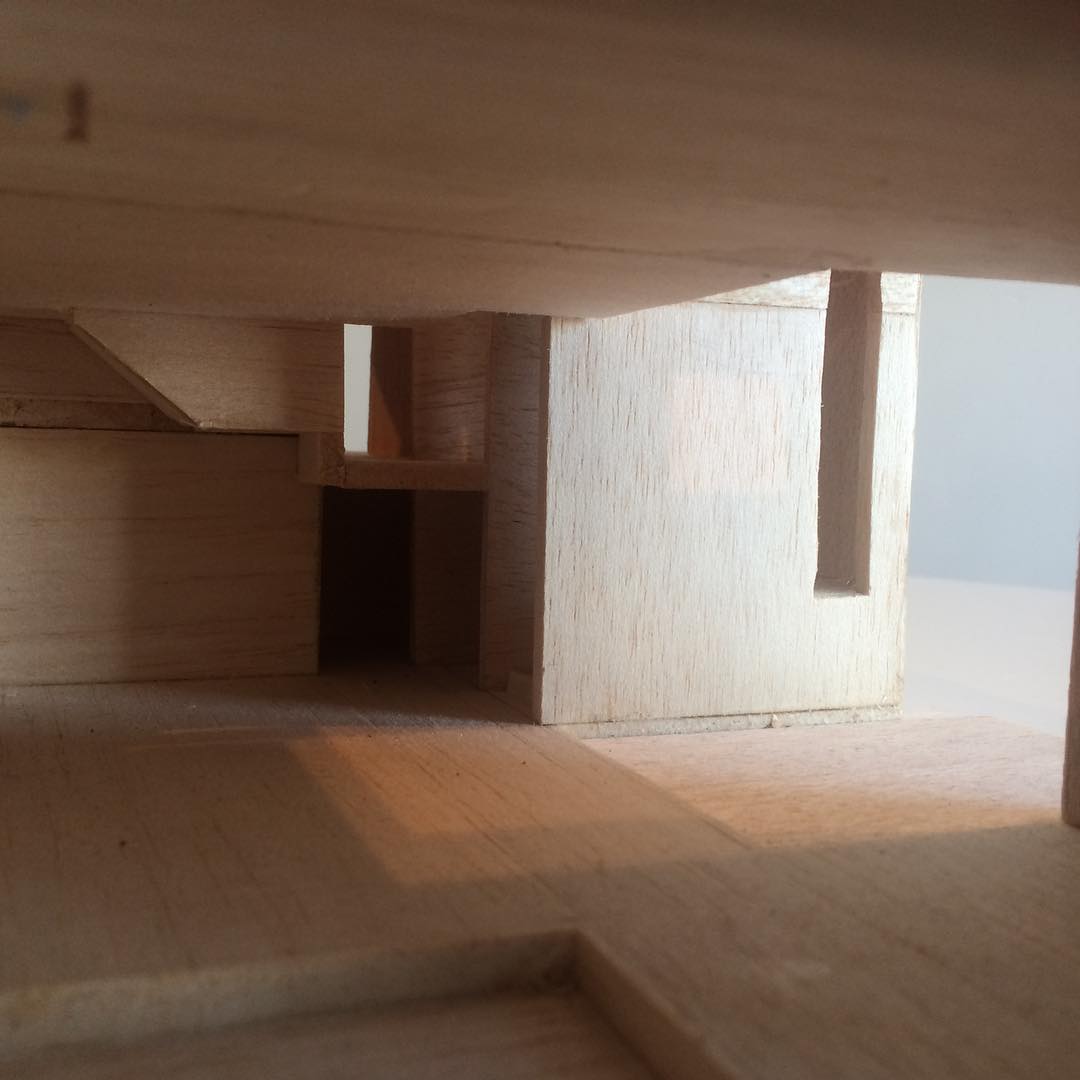 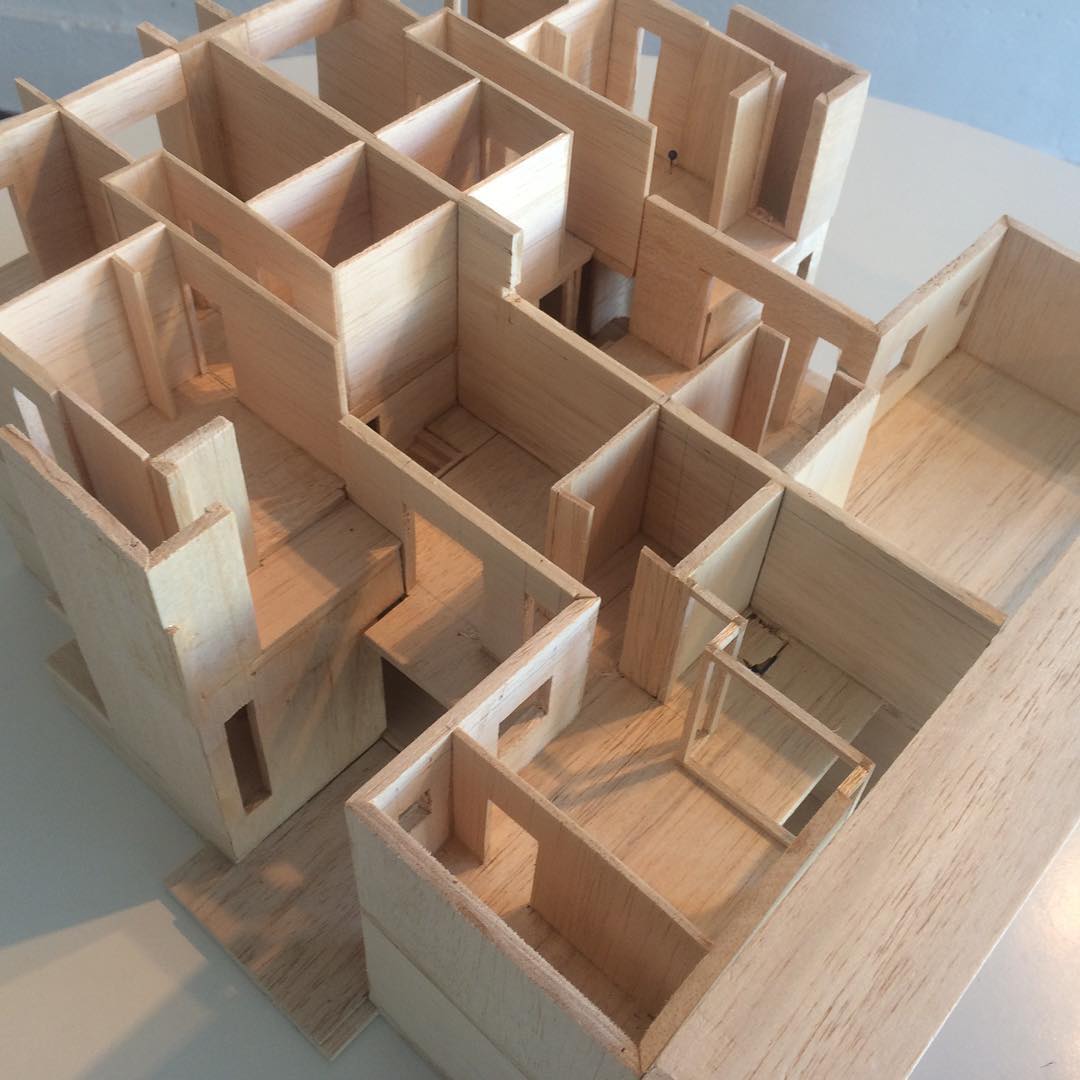 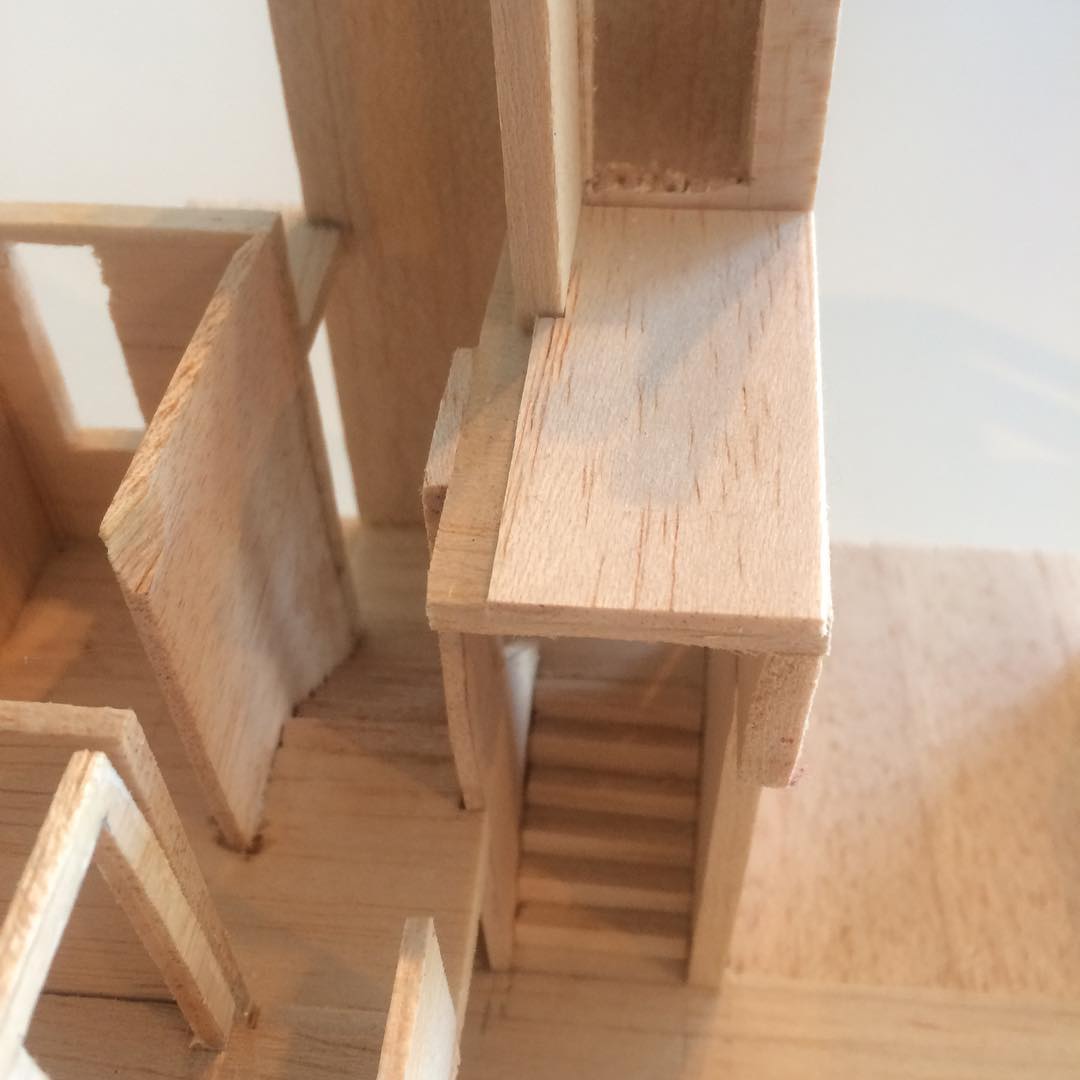 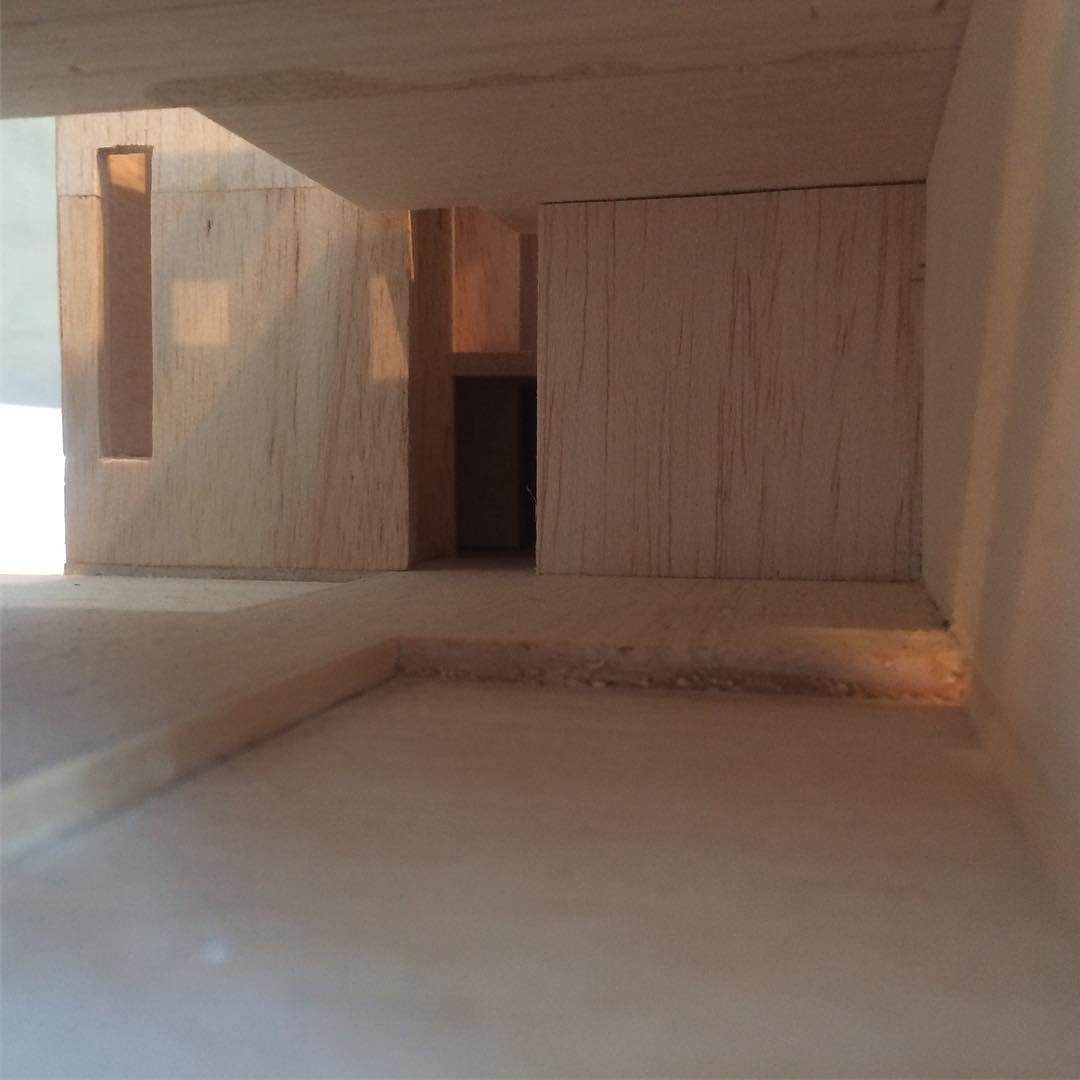