This freestanding terrace is wedged in between other terrace houses and overlooking a rail line at the rear. It was owned as a rental property and the client wanted to increase the return by adding a third bedroom, second bathroom and casual living space connecting to the rear courtyard. The bathroom and kitchen on the ground floor had to be retained and it all had to be done on a tight budget and deadline. The back of the second floor was removed along with the original staircase, which had run along the side wall of the house. The new stair was run across the house, accessing a hallway to the new second and third bedrooms at the rear. Skylights over the stairwell allowed natural light into the previously dark interior. Skylights also illuminate the new first floor hallway ,bathroom and the second bedroom. Both new bedrooms at the rear have large windows to gain as much natural light as possible from the south aspect. They are divided into three horizontal panels, two of which are operable. The bottom two are frosted for privacy. Facing the train line, they use high performance glazing in an coustically rated aluminum window product.

The external cladding is metallically painted corrugated steel, reminiscent of the building material previously seen at the back of these houses from the rear lane. The Colorbond paint is more enduring than the traditional galvanizing and a contemporary, cost effective finish. The private open space required the removal of a substantial eucalypt tree. The owner also wanted to pave the area for durability, low maintenance and to allow for car parking. Permeable paving was used to allow natural runoff into the subsoil. The new family room at the rear connects to the courtyard through large sliding glass doors onto a small deck covered by a pergola and the underside of bedroom 3 above.. As required (and despite much rain) the project was finished just in time for Christmas. 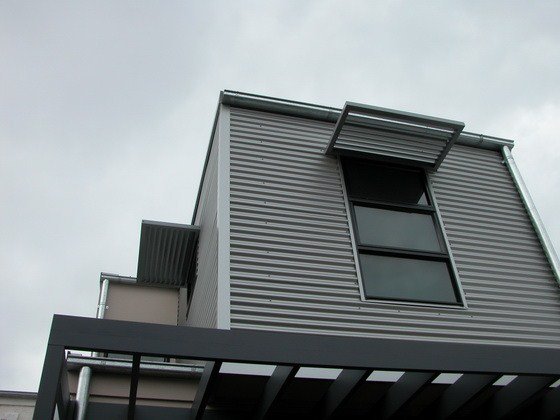 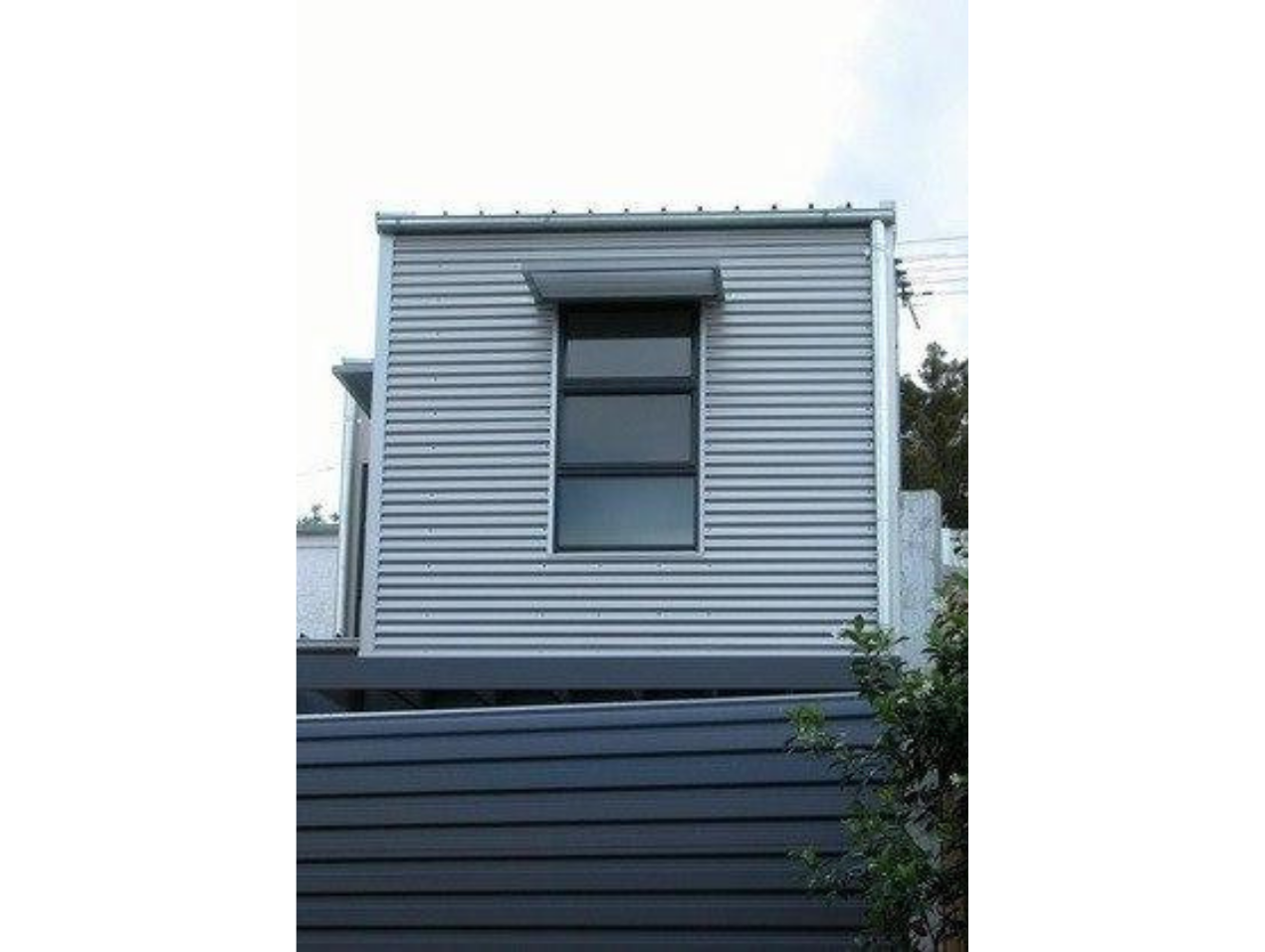 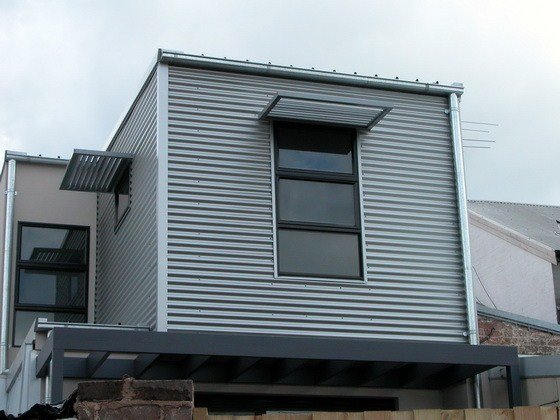 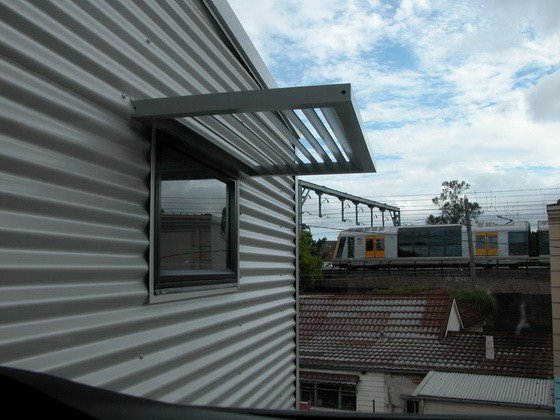 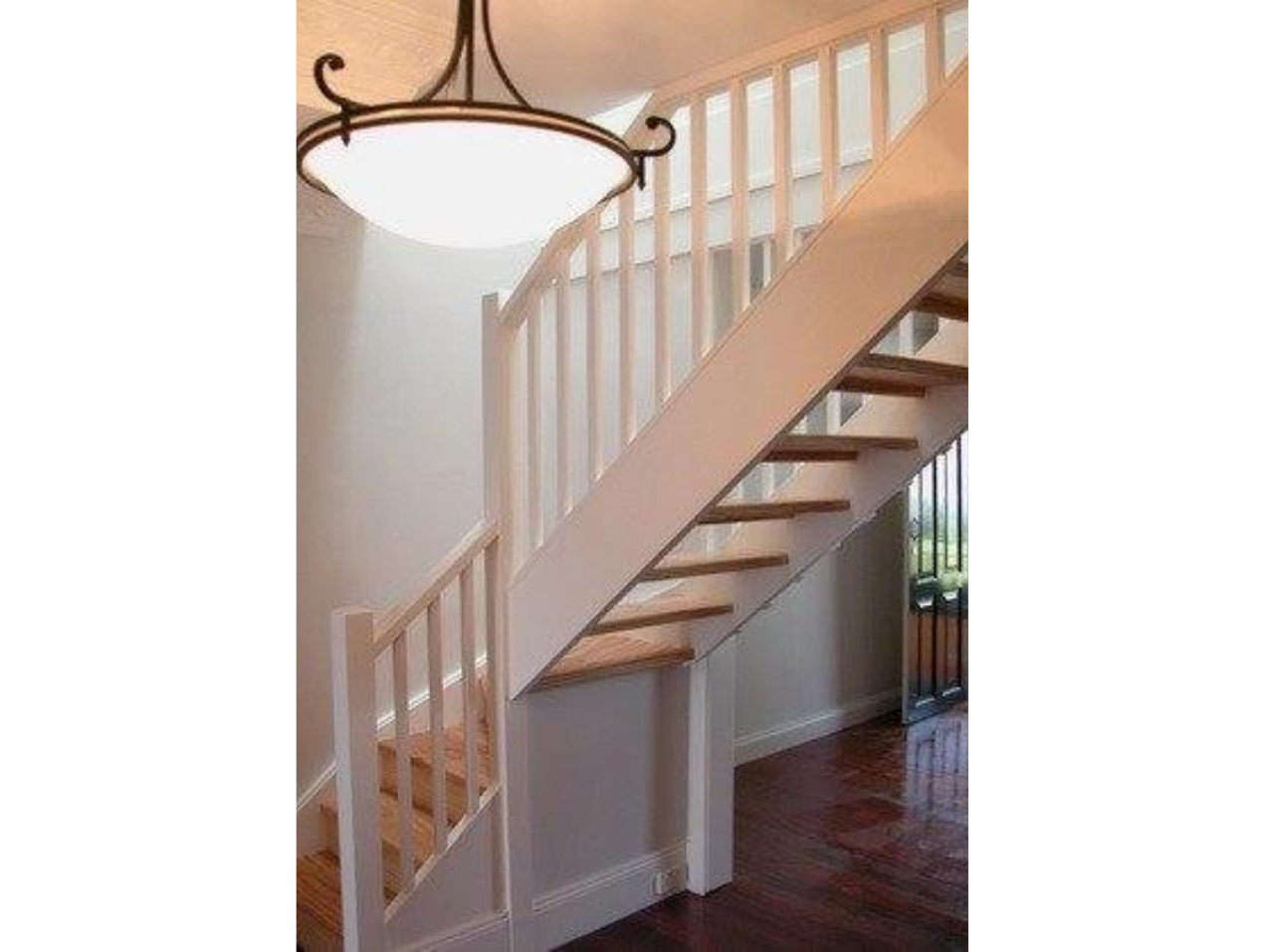 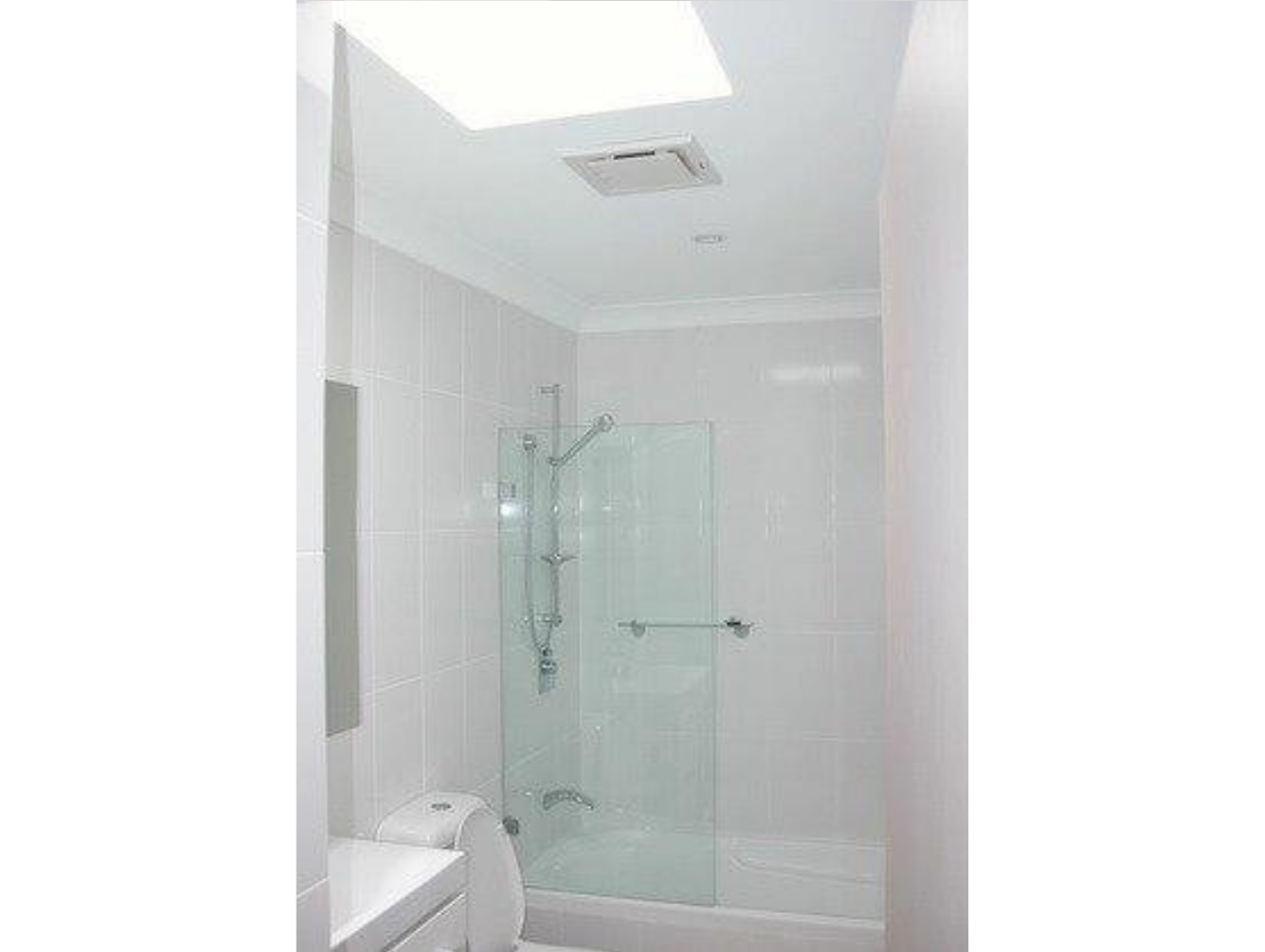 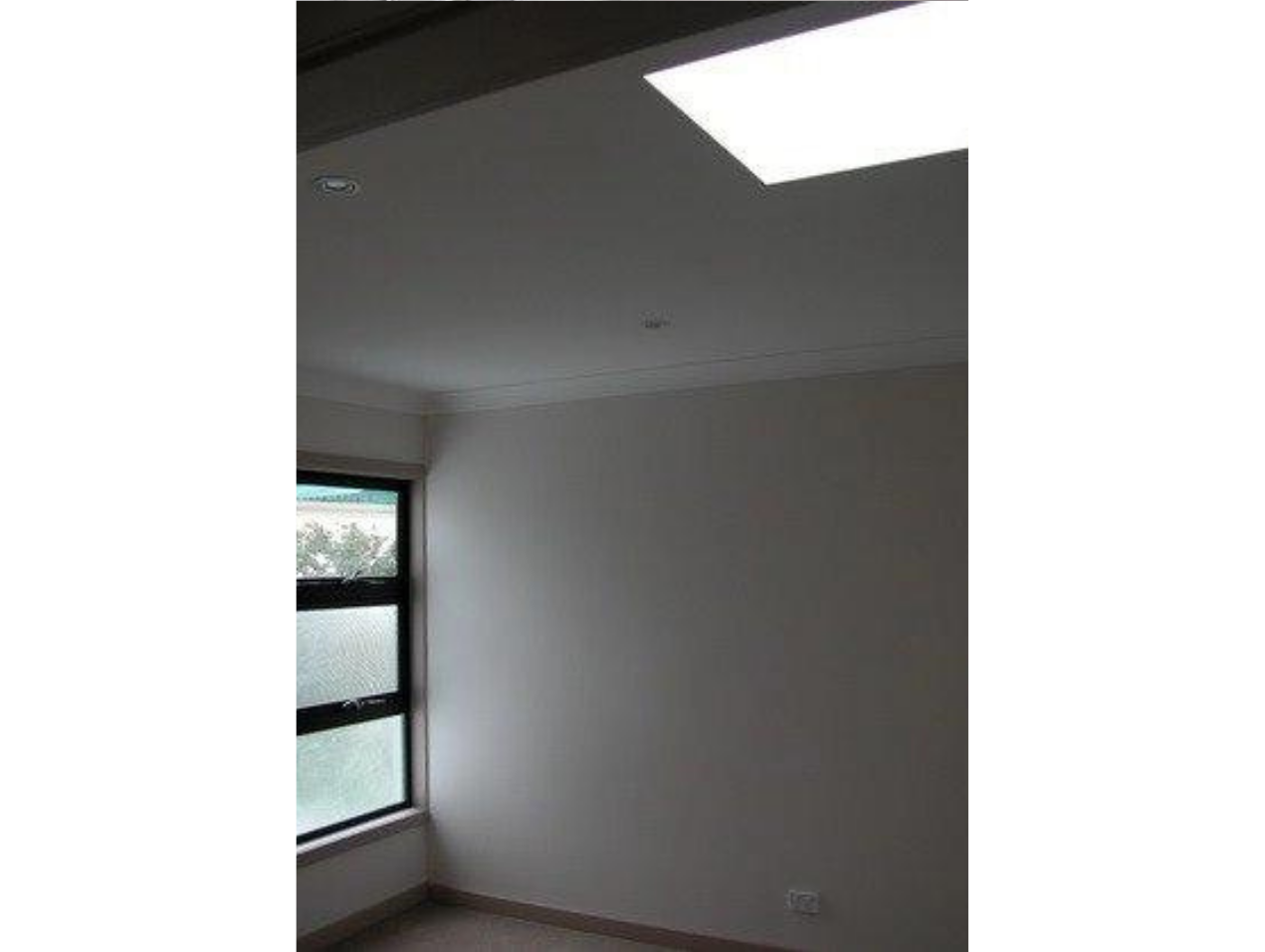 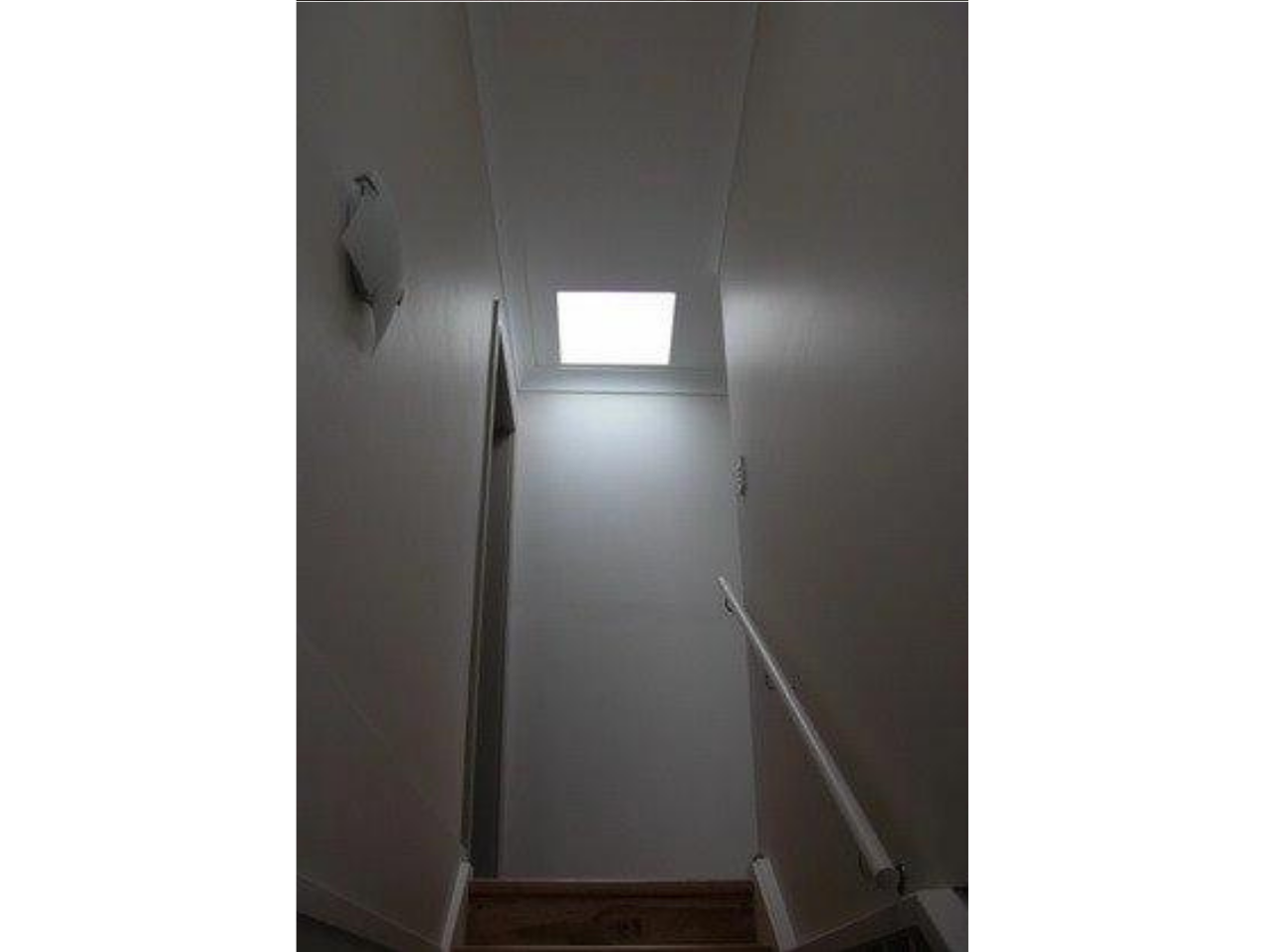 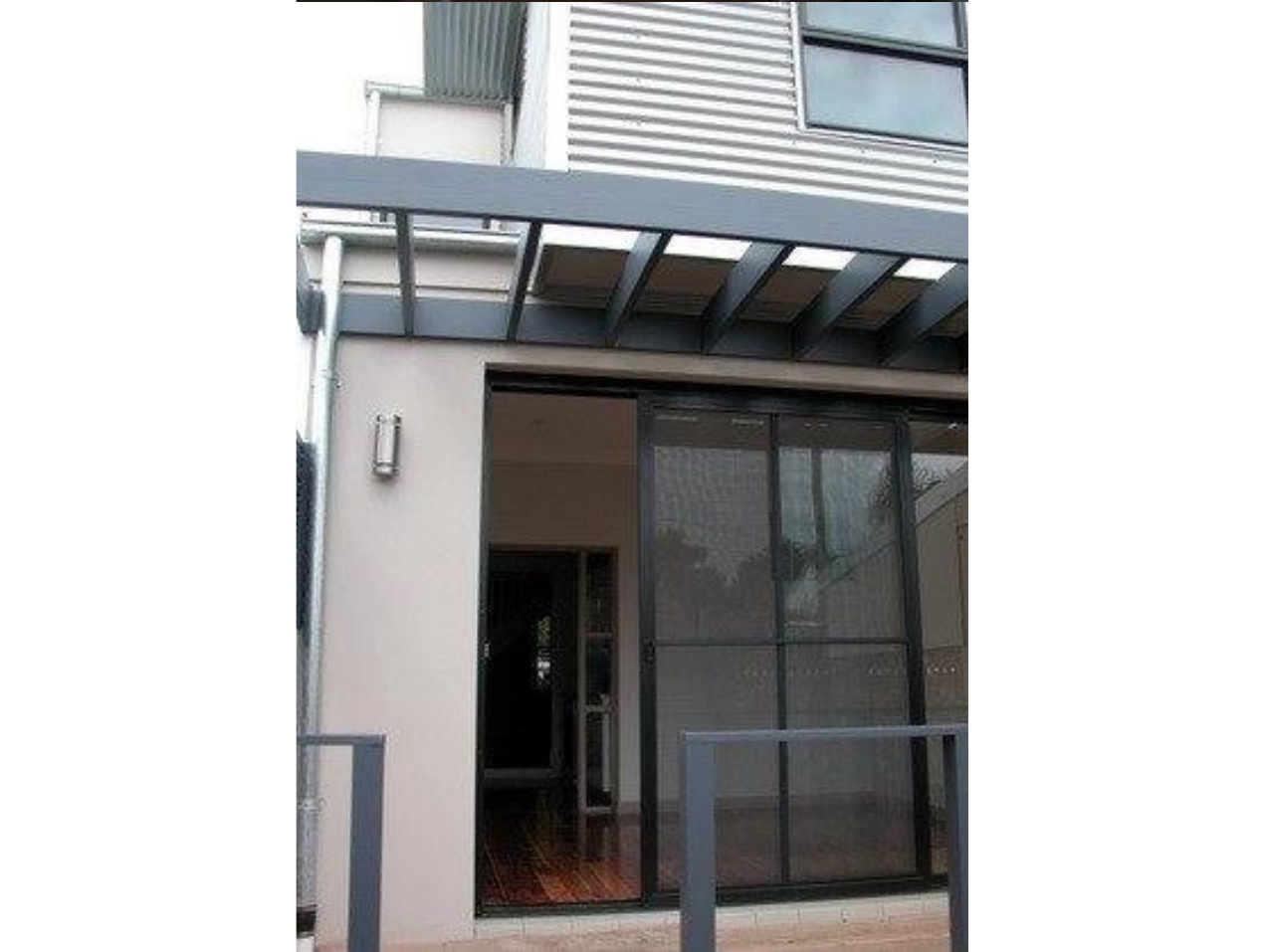