The owners of this classic Paddington terrace who inherited it from and had lived in it for many years, before committing to a renovation. Much of its original character had been lost or obscured over the years with inappropriate work. Typically it suffered from internal congestion and a lack of natural light. The (steeply) sloping site meant the back yard was at a higher level than the ground floor of the house and so connection between them was limited. The site also backed onto a rear lane. Historically this had a number of smaller dwellings facing onto it, a more recent of which was garage with studio unit above.
The owners wanted to update and modernize the house for sustainable, long term occupation. They wanted all the sought after amenities (included), particularly wanted the ground floor to read as single continuous space connecting thru to the rear yard.

To create a new “open” character, the house was comprehensively gutted. The old 1970s spiral stair was replaced with open tread stairs, allowing light to penetrate from skylights above. Some of the original sandstock brickwork was left exposed, displaying a part of its original character, providing a rich historical texture fabric. The rear extension includes a glazed door along its length, over the kitchen and casual living area. Glazed bi-fold doors connected to the rear courtyard. The connection to this space was enhanced with series of stepped planter boxes cascading down from the upper ground level. From there it connected to the garage at the rear and the studio above. The rear wall is lined with glazed bi-fold doors enabling the garage to become a recreation space if required. The studio above provides accommodation for residential or home office use. It connects to the street with french doors opening to a juliet style balcony. This is expressed as a dormer to the elevation to the street at the rear, in difference to the scale of neighbouring buildings.

It had provided the owners with a profound improvement in amenity and lifestyle, allowing them to live there long term with the option of rental income thru Afforadable Housing and connection to the private open space. 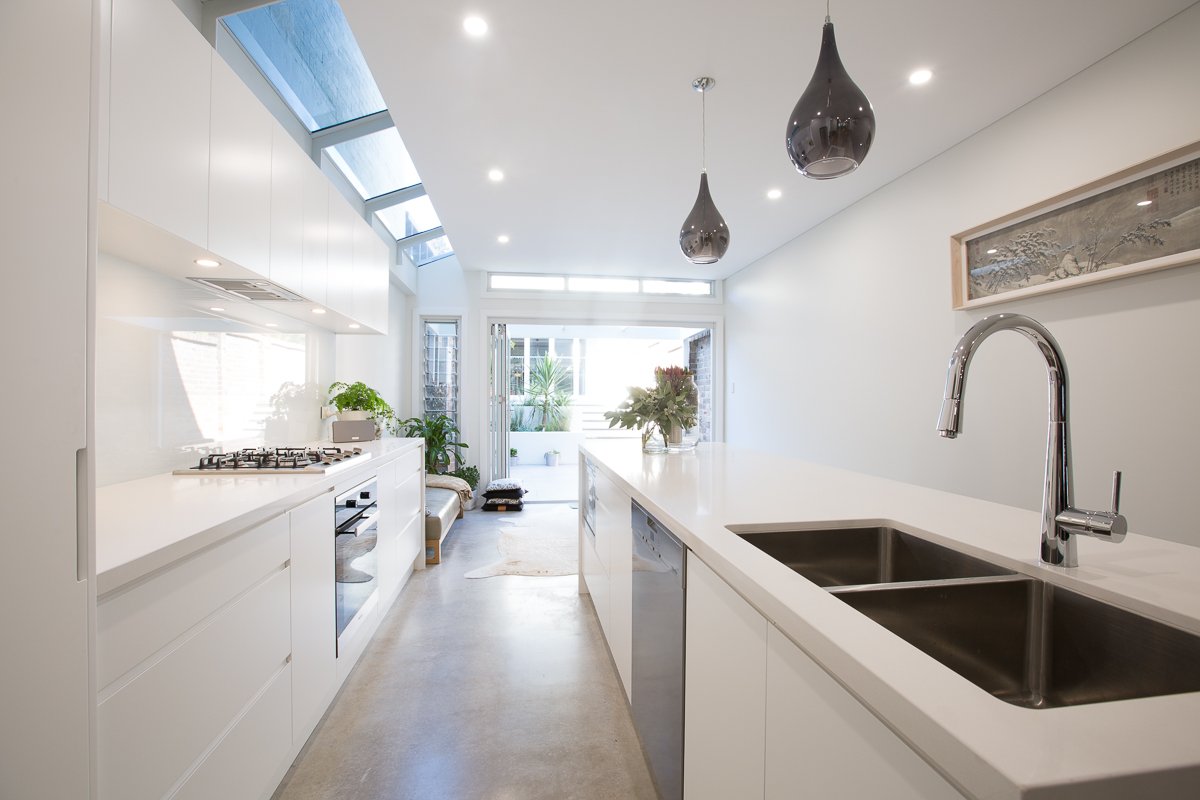 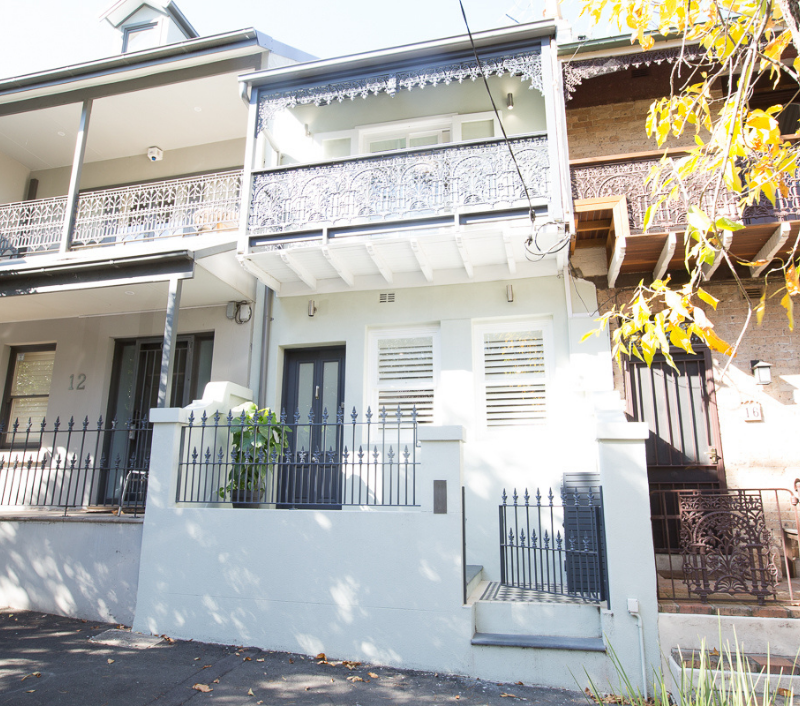 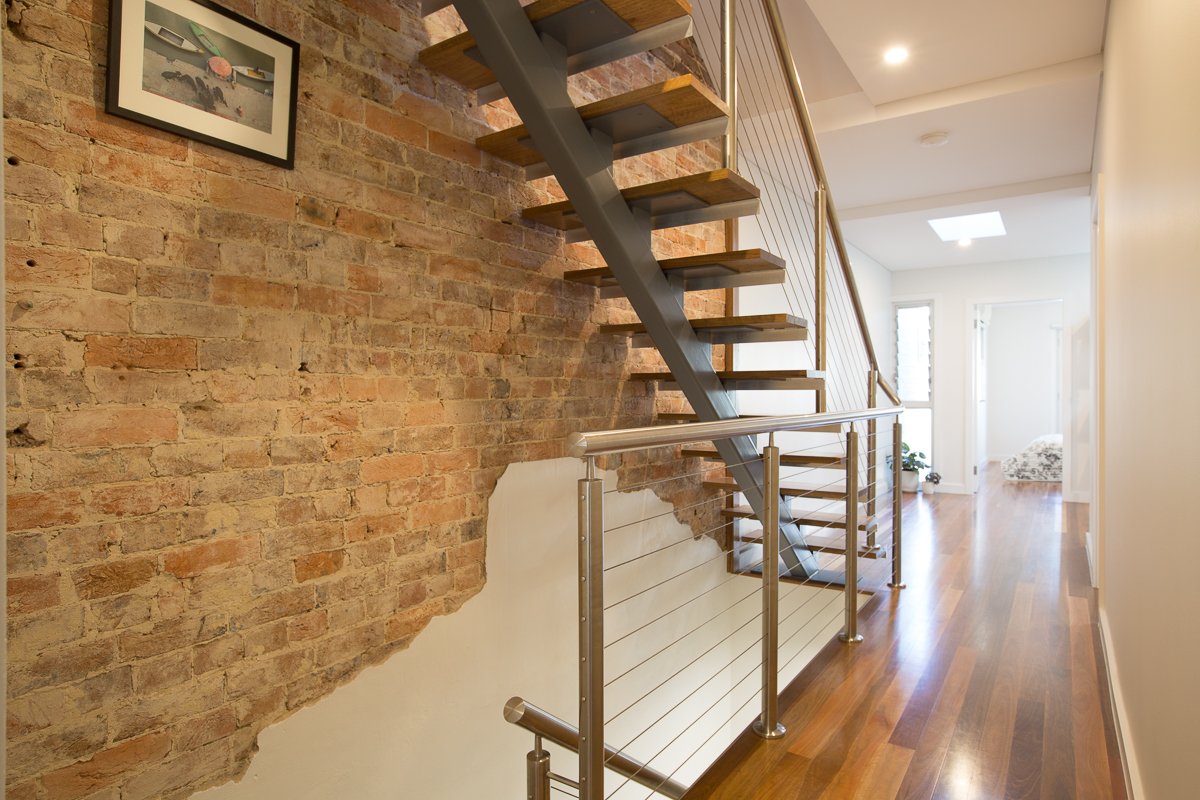 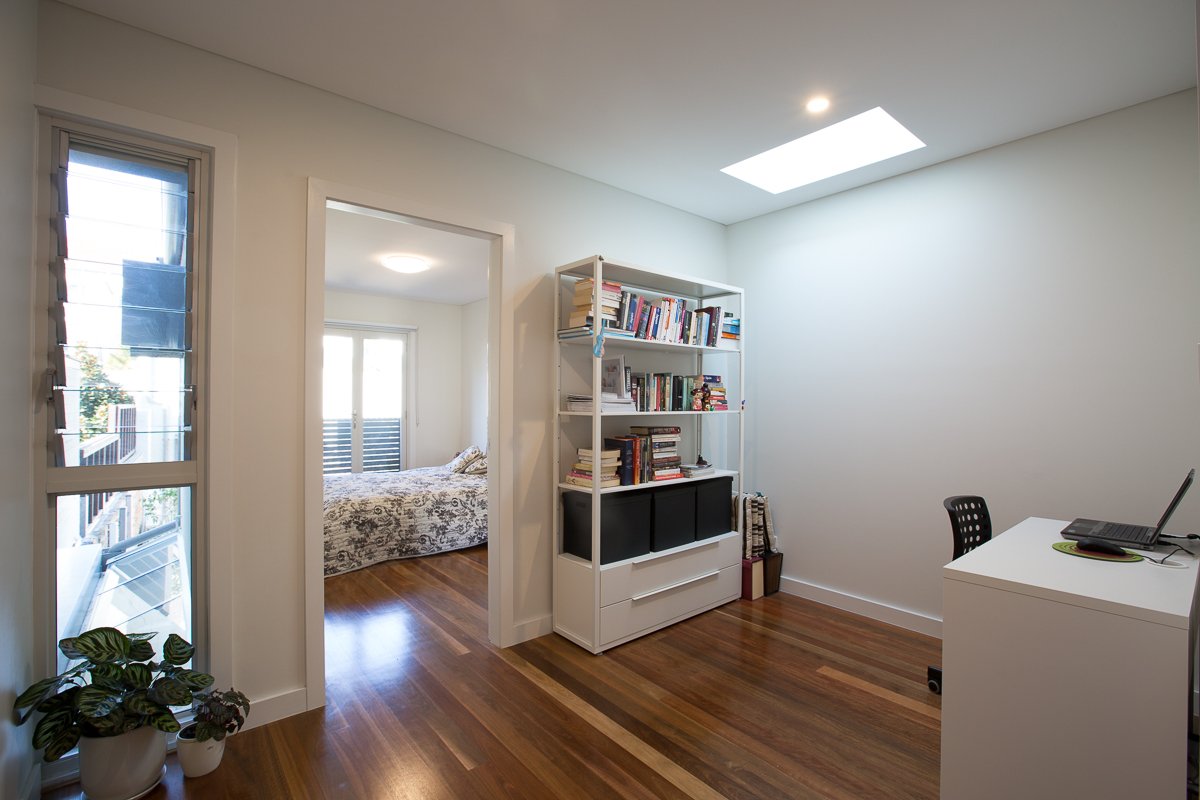 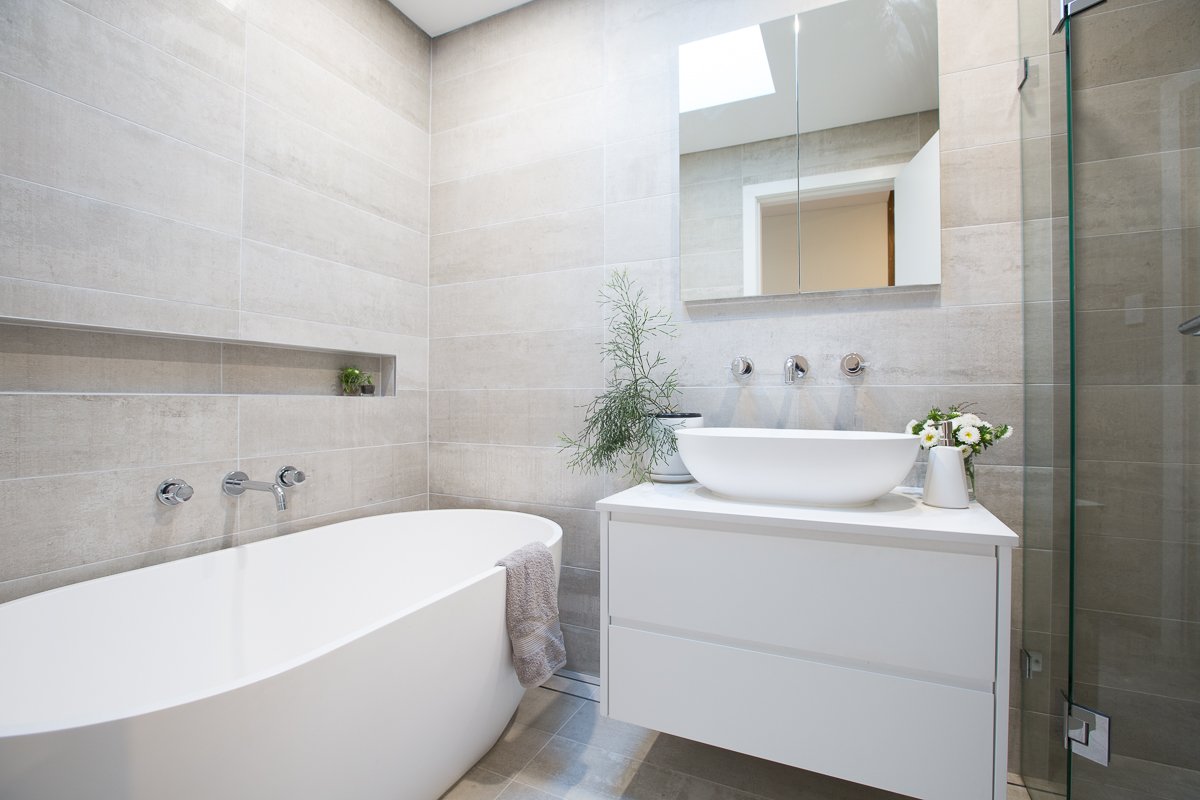 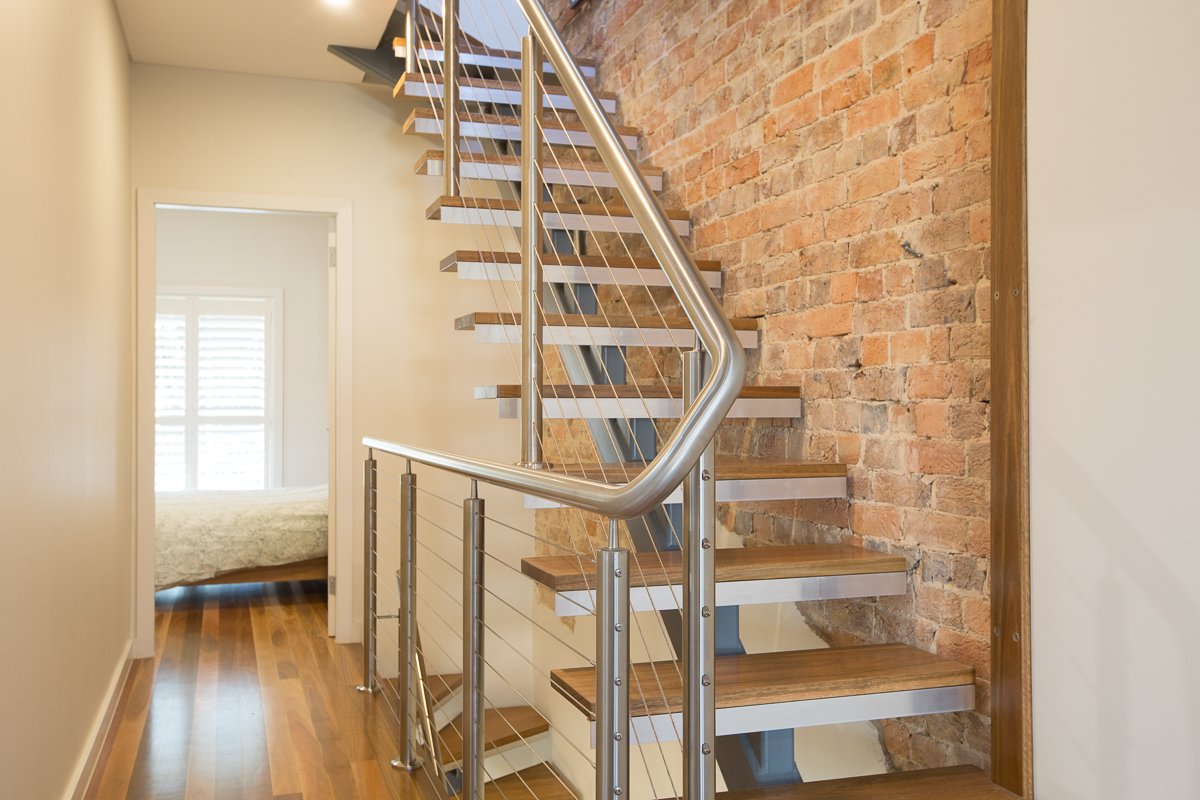 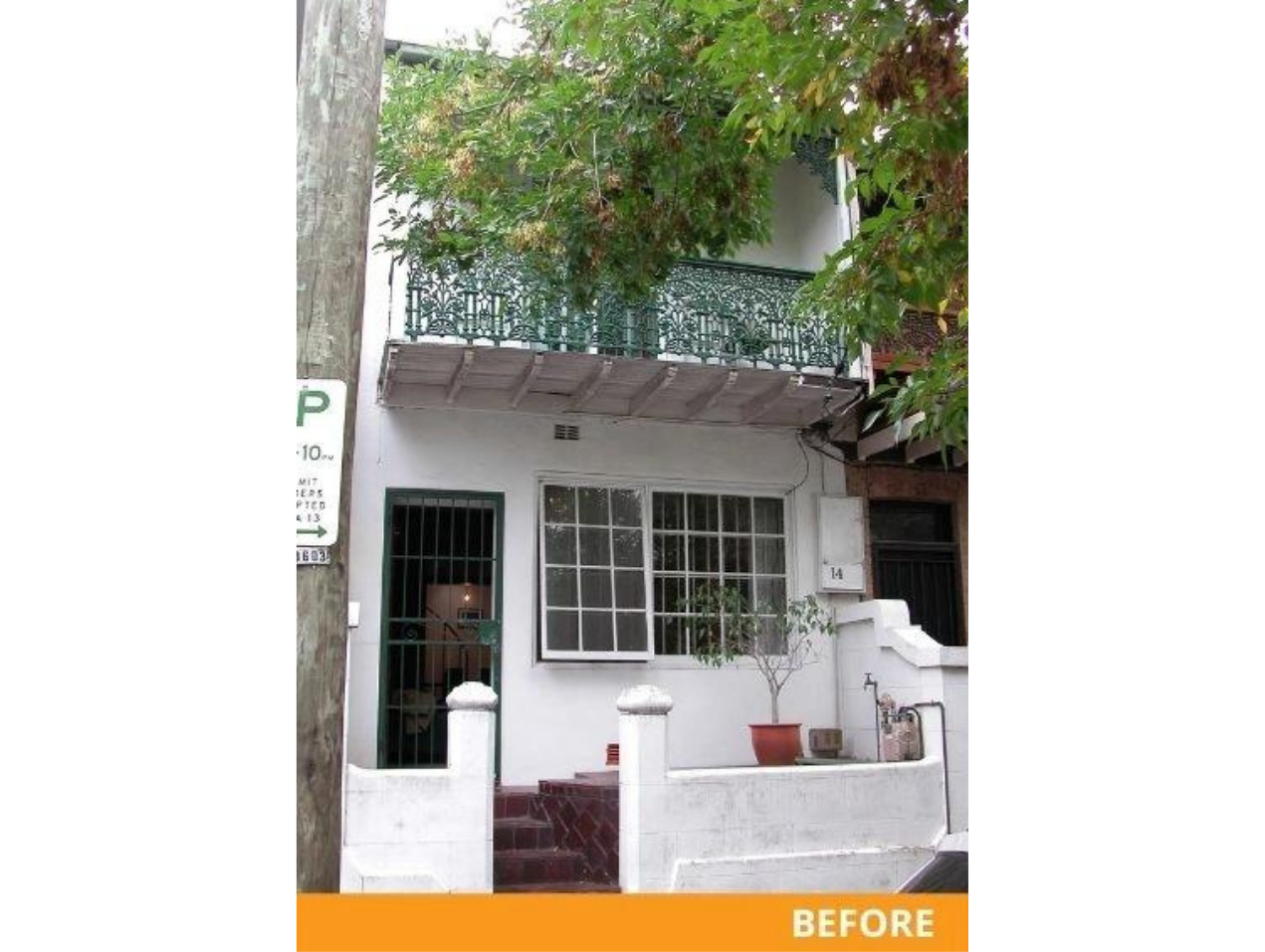 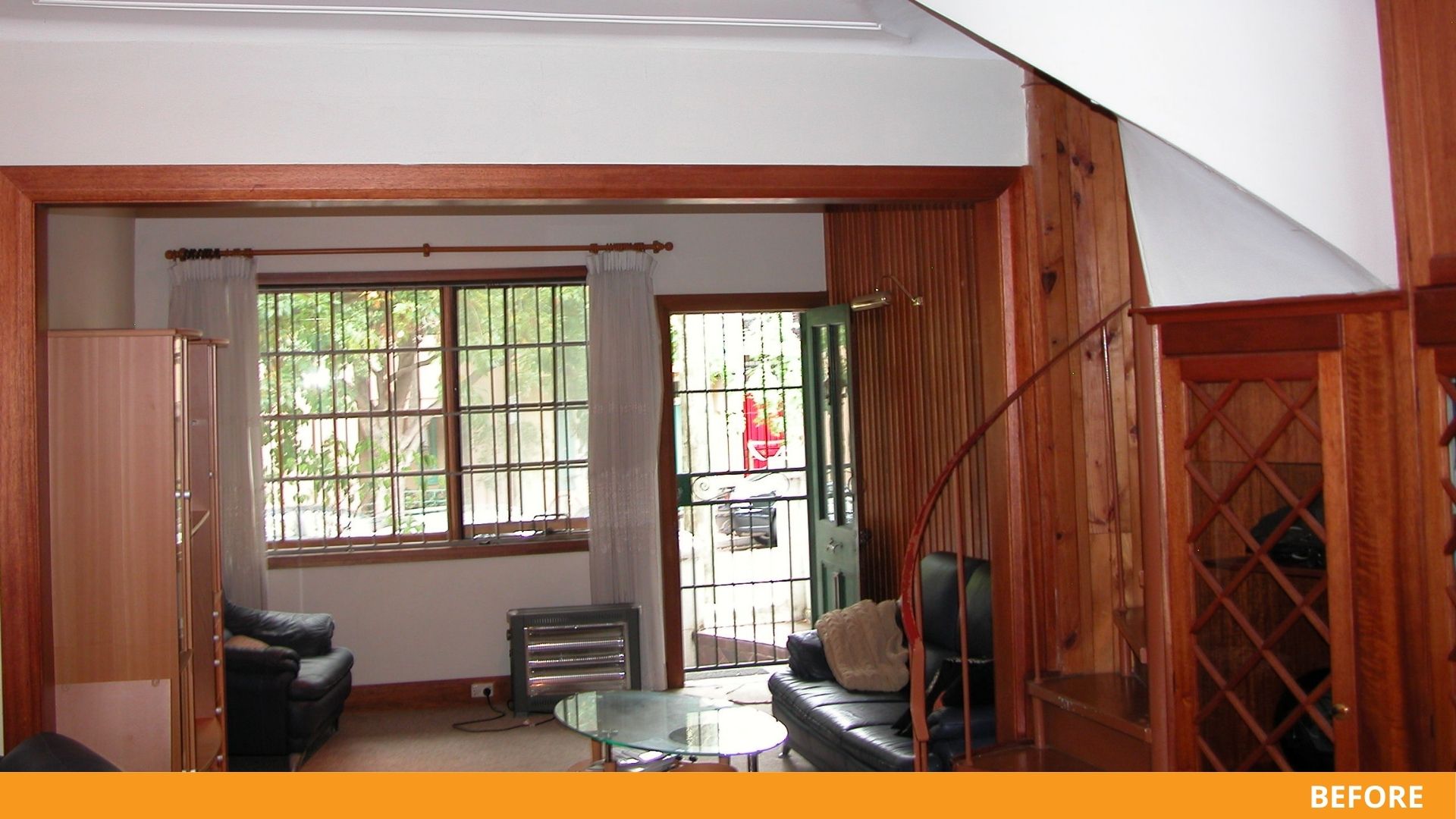